A contemporary women's magazine recently described it as our number one problem today.  Nathaniel Hawthorne called it "the scarlet sin."  The Bible simply describes it as "adultery."  The actual causes of broken homes are legion, yet one factor which constantly creeps into the equation is that the loss of love and affection gradually weakens a marriage until the love and commitment which belongs to a mate is given to another.

A union of two becomes a triangle of three.  I am fully aware of the fact that many men and women now consider themselves sexually liberated.  Seldom do I ever present a Family Living seminar and take questions from the audience that I am not asked, "Do you really believe that a person should confine his sexual activity to one person?"  Almost as though the husband or wife who remains true to his vows, limiting his affection to his or her mate, was either undersexed or underprivileged.

Yet for centuries, the basis of morality when it comes to home and family living, is found in the seventh commandment, recorded in Exodus 20 and Deuteronomy 5 in the Bible.  Here God expressed His views of public and private morality, saying, "Thou shalt not commit adultery!" (Exodus 20:14, KJV).

Just what does that word really mean?  Without taking time to give you a detailed analysis, which really isn't necessary, may I say that a careful study of the biblical words in both testaments can be summarized by saying adultery is sexual relations apart from marriage.  In the broader sense this includes both premarital and extramarital sex.  But let's face it‑‑what the Bible says often isn't very popular.

Some of the world's greatest names from king David of Israel to some high ranking public officials today, have chosen the troubled path that violates the seventh commandment; but there is often a high price to pay for disregarding what God says about our lives.

What can a person do whose life has inadvertently been marred by a moment of weakness, or loneliness, or the desire to be loved?  When we realize our failure too late to correct it, where do we turn?  I have three suggestions:

Read the beautiful story found in John 8, where a woman was trapped by the Pharisees and brought before Christ.  "The law says we should stone her!" they reminded Jesus, and the law did say that.  "What do you say, Jesus?"  Christ began writing in the sand‑‑writing, I believe, the sins of those who accused her.  Jesus never helps people by throwing stones, and neither will you, either.

#2:  Commit the matter entirely to God.  David, who knew the guilt of adultery, wrote, "There is forgiveness with thee, that thou mayest be feared"(Psalm 130:4). Then forgive yourself—which is often harder than turning to the Lord for forgiveness.

#3:  Use your life entirely for God.  Get out of the rut of self‑defeat and degradation.  When God forgives you, you are a new person, so get to work for Him in positive ways that will erase the past.  Some commit double sins‑‑they not only break God's laws with their lives but they live in discouragement and defeat, feeling they are never "good enough to do anything for God."

Both David the King of Israel and Rahab the hooker of ancient Jericho, were in the lineage of Christ; and that fact reminds me that in heaven there will be no adulterers, only blood‑washed sinners.  "What can wash away my sins?" ask the words of Robert Lowry's song, and back echoes the reply, "Nothing but the blood of Jesus."  That's good news for all. 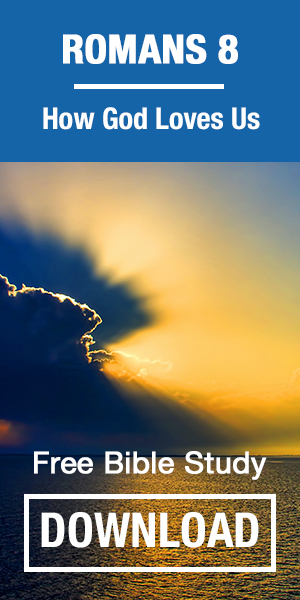