And now a word to you parents. Don't keep on scolding and nagging your children, making them angry and resentful. Rather, bring them up with the loving discipline the Lord himself approves, with suggestions and godly advice.  Ephesians 6:4, Living Bible

A broadcast magazine printed a cartoon showing a radio station manager in bed with his wife, a microphone in his hand which is held in front of his wife’s face as he says, “So what makes you think I have trouble leaving my work at the station, dear?”  Hey, he isn’t the only one who brings the stress home.

A woman manager complained, “I just can’t seem to leave it at work. I come home angry and frustrated and take out my emotions on my husband and little girl. It’s destroying our marriage. What can I do?”

Frankly, it isn’t a new problem. Years ago the cover of the Saturday Evening Post depicted a Norman Rockwell painting showing a series of scenes. The first depicted a boss chewing out an employee. The next one, the same man is at home taking out his frustrations on his wife. Then she stands over their little boy, her finger pointing at him as she dresses him down, and the final one shows the little boy outside scolding the dog!

The reality is that we often dump on those who are closest to us, unable to leave our frustrations and irritations at work. Reading the Old Testament, you will discover that God ordered Joshua to declare six cities as Cities of Refuge. They were strategically located--three east of the Jordan River and three west of the Jordan.  None was so distant that it could not be reached within a day’s journey. And what were they? Safe places to which an innocent person could flee in the event that his life was in danger.  I’m convinced that God wants your home to be a safe place, a miniature “city of refuge” where you come home, close the door, and leave the world outside.

OK, how do you do this? How do you shut it off and not inflict emotional wounds upon innocent members of your family?

Guideline #1: Get your values straight.  Your family is forever; your job is not. There’s an issue of fairness that comes into the picture. OK, you can’t take out your hostilities on your boss–at least it isn’t a good idea to try–so what right do you have to inflict them upon the innocent people who are in your family?

Guideline #2: Love your family more than you dislike your boss or fellow workers.  Golda Meir once said that there would be conflict with Israel’s Arab neighbors “until they love their children more than they hate us.” That same principle applies to your family. Is your love for your husband or wife not stronger than your dislike of a job situation?

Guideline #3: Tell your emotions where to get off. That was the advice that C.S. Lewis used to give, and it applies to leaving your feelings of unrest and irritation at work and not packing them in your briefcase to be thoroughly aired at home. Sometimes saying, “Look, I’m not upset with you. I’ve had a hard day at the office” helps you clear the air and turn loose of what annoys you.

Guideline #4: Be your own person.  Nobody can make you lose your cool unless you allow them to take it from you. Nobody in the entire world can force you to respond in kind, so why not view your detractors with pity and, yes, pray for them.

Guideline #5: Start looking for another job.  If you find that you constantly come home irritated and grouchy, do something about it. No job is worth losing your family. Your kids would rather have less and enjoy a mom who smiles and laughs that have a bit more money and have you react like drops of water on a hot skillet. 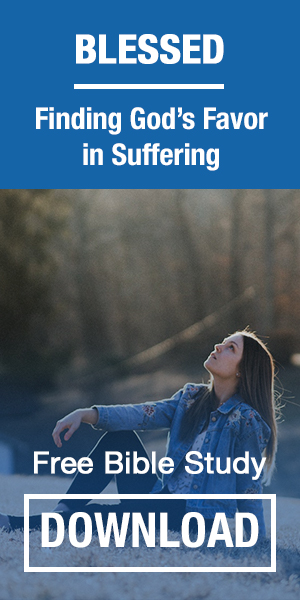